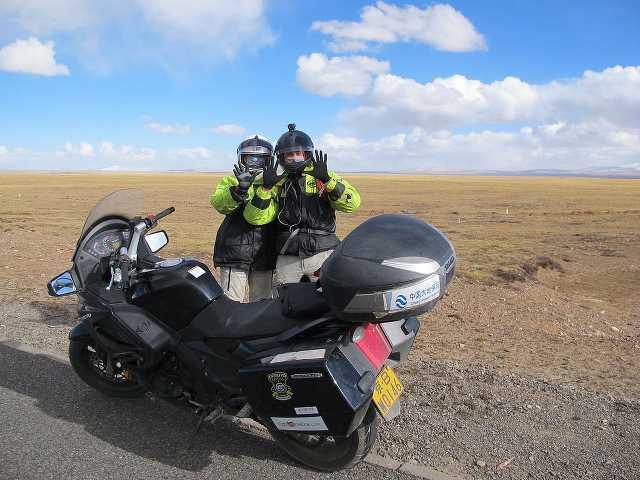 CA pair of adventurers have smashed the Guinness World Record for the Longest Motorcycle Journey in a Single Country by circling China aboard a CFMoto 650TK motorcycle.

Travellers Buck Perley and Amy Mathieson travelled 29,500 kilometres on a 131 day journey through every province in China to better the previous record.

The challenging route which started in Beijing and headed North East towards the North Korean border and Harbin, before crossing Southern China and connecting back with the East Coast, proved no challenge for the adventurers and their CFMoto 650TK.

“Even though we rode the 650TK for such a long time and for such a large number of miles we only needed to change a couple of tyres and nothing else,” he said.

“The engine especially, is really very good, very powerful. Its power has helped us a lot on this journey.”

The journey was completed to raise funds for the charity “Free Lunch for Children”. The China-based charity supports children in rural areas by providing them with free lunches and reaches over 200 schools across China.

Not content with smashing a world record, Perley and Mathieson are continuing their journey throughout China in a bid to raise even more funds for charity.