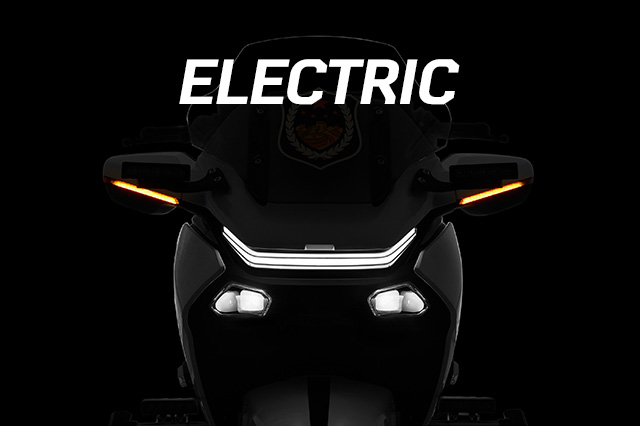 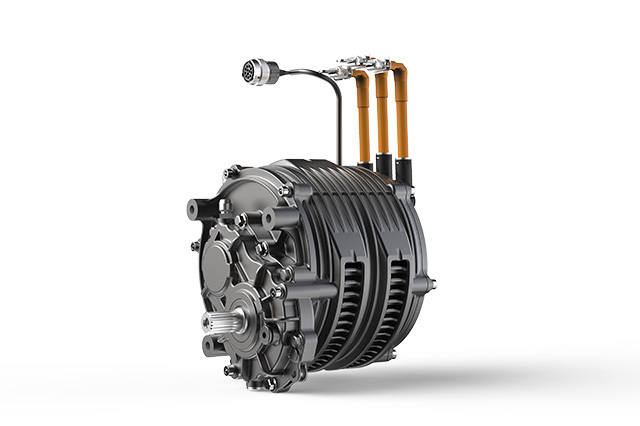 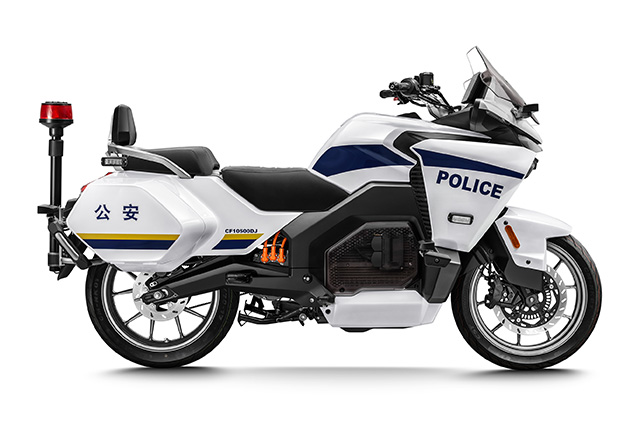 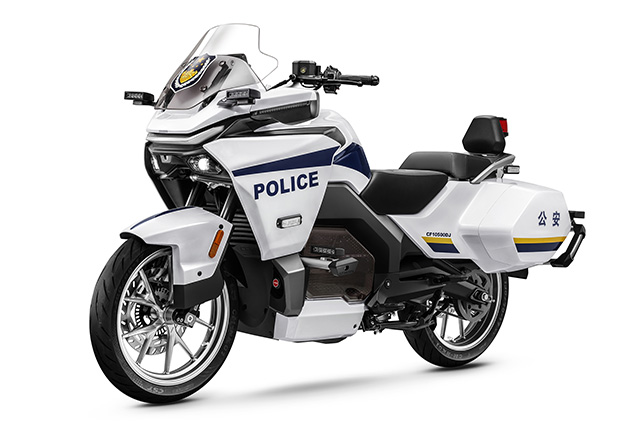 
CFMOTO has unveiled its first electric-powered motorcycle while laying the foundations for the fast-growing company’s forthcoming electric sub-brand.

The 300GT-E police motorcycle represents CFMOTO’s first steps towards investing heavily in a sustainable future of internal combustion as well as renewable-energy vehicles.

Purpose-built to meet the demands of police departments across China’s mega cities, the 300GT-E features a vast array of technology including an efficient electric drivetrain, smart connectivity and rider safety.

At the heart of the 300GT-E is an efficient water-cooled power drive which, along with a high-density lithium battery cell, is mid-mounted for a low centre of gravity and excellent handling characteristics. Final drive is via toothed belt.

The 300GT-E has a maximum power output of 18kW and a top speed of 120km/h while the battery cell has a 150km range under comprehensive riding conditions as well as fast-charge capabilities.

Smart connectivity comprises the integrated car-grade onboard connectivity system made to accommodate police communications, thus interlinking with police databases. The 300GT-E also features support for cloud-based vehicle status and live location updates, built-in satellite-navigation via a 7.0-inch TFT screen as well as keyless ignition – all of which are imperative to making daily police duties more convenient, comfortable and more focussed.

“CFMOTO has a workforce of more than 2600 employees, 25 per cent, or one in four, of whom is assigned to research and development,” CFMOTO Australia director Michael Poynton says.

“Given the rapid rate of pace for the brand – and its recent R&D boost thanks to KTM – it makes sense that CFMOTO invests heavily in a future of sustainable, electric vehicles.

“Beyond its police lights and sirens, the 300GT-E represents the beginning of a standalone electric sub-brand for CFMOTO in the not-too-distant future.”