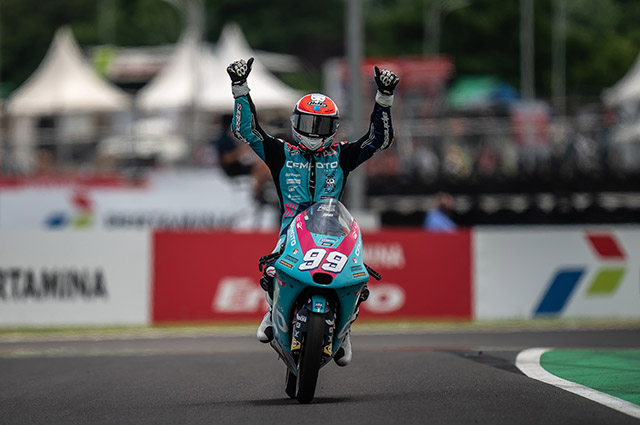 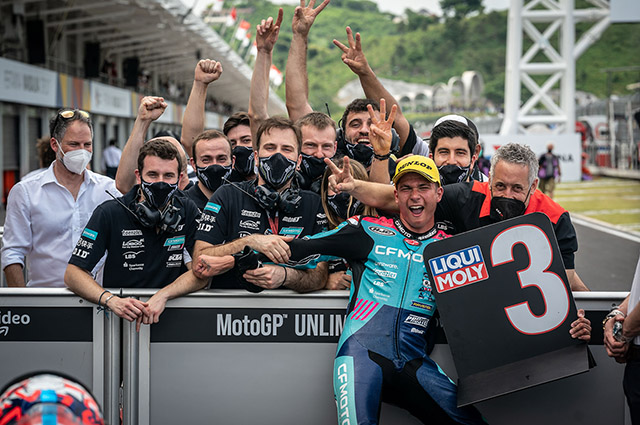 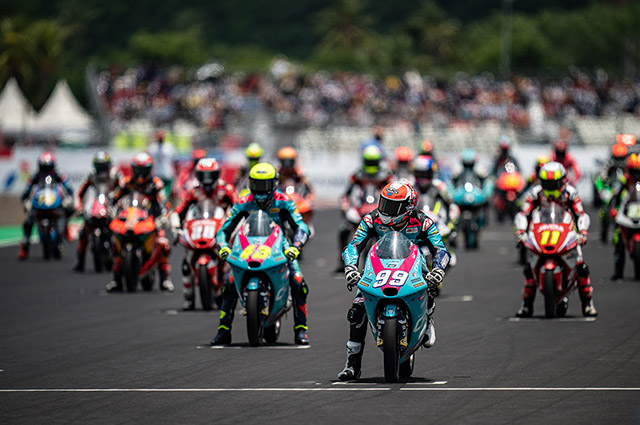 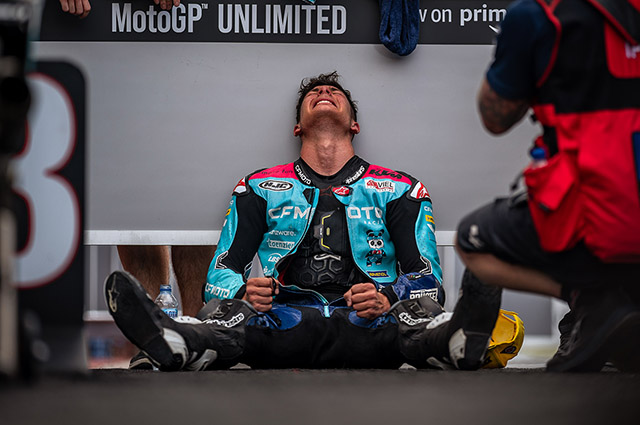 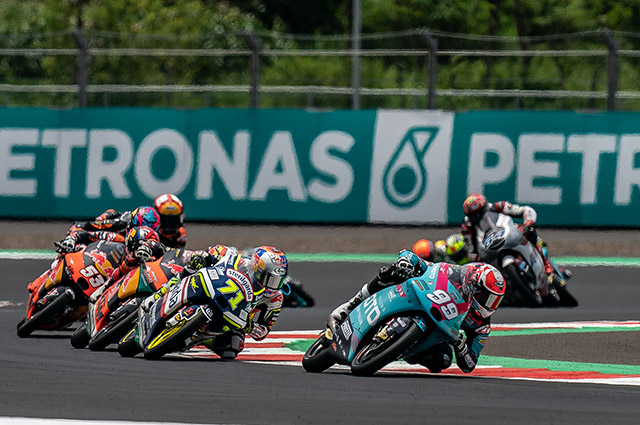 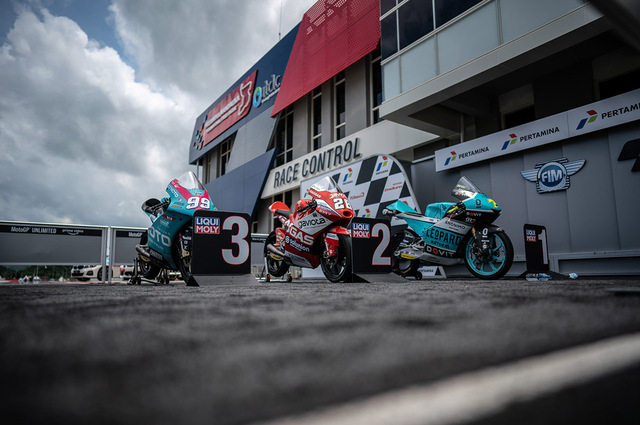 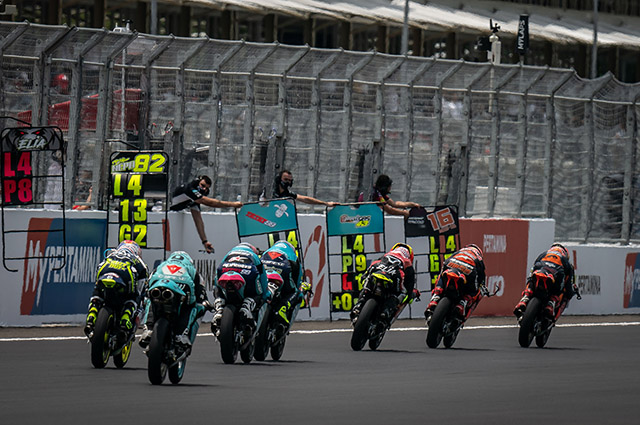 Spaniard Carlos Tatay has wasted no time in putting the fledgling CFMOTO moniker up in Moto3 lights with a stirring third place finish in the Indonesian round at the all-new Mandalika circuit on March 20.

The 19-year-old's impressive form began the day before when he put his CFMOTO Racing PrustelGP machine on pole position around the fast and challenging Lombok layout.

The 23-lap race was a signature Moto3 shootout from the outset, with positional changes too numerous to track. Dennis Foggia then broke the mould and started pulling away at the front en route to victory.

Tatay remained in the chasing bunch and, despite a long-lap penalty that saw him drop outside the top 10 – a slap on the wrist for going too wide at turn nine – he showed plenty of tenacity to inch his way back forward.

He moved into third position on the second last lap, and that's where he stayed as he cemented the final spot on the dais behind Foggia and Izan Guevera.

“I gave it 100 per cent today," said Tatay. "After the disappointment of the long-lap penalty I just wanted the podium and really worked for it.

"I pushed and overtook as many riders as I could. Next time we will be better and try even harder.”

Zhen Su, CFMOTO Racing Development Manager, said: "This is a milestone result for us and the CFMOTO Moto3 project.

"What a fantastic race by Carlos and a big push from the whole CFMOTO Racing PruestelGP team. Two riders in the top six is great but for Carlos to come back like that and make the podium is superb and was exciting to watch.

"We trust fans loved the show and we hope for more thrills and results like this soon.”

In a logjammed leaderboard, Tatay and Artigas are equal seventh in the Moto3 standings on 16pts. Foggia leads on 34pts.

Round three of the championship will be held in Argentina from April 1-3.