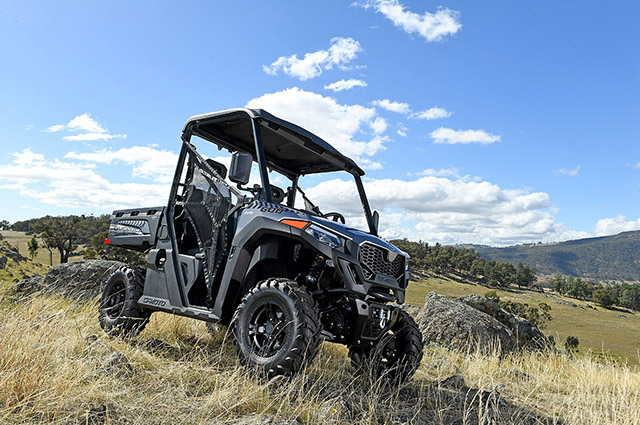 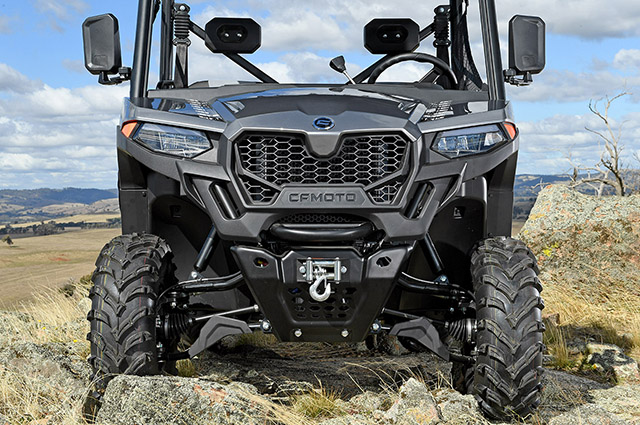 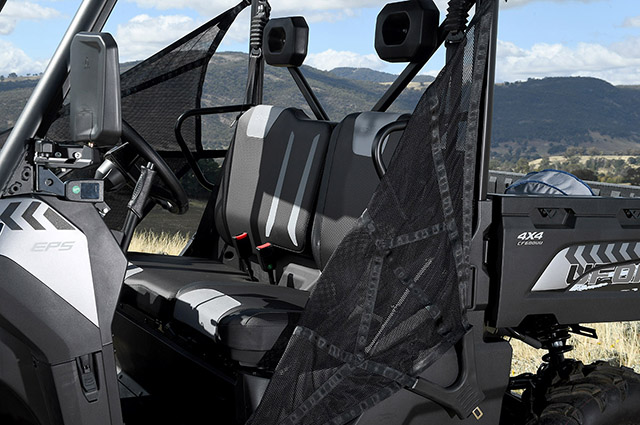 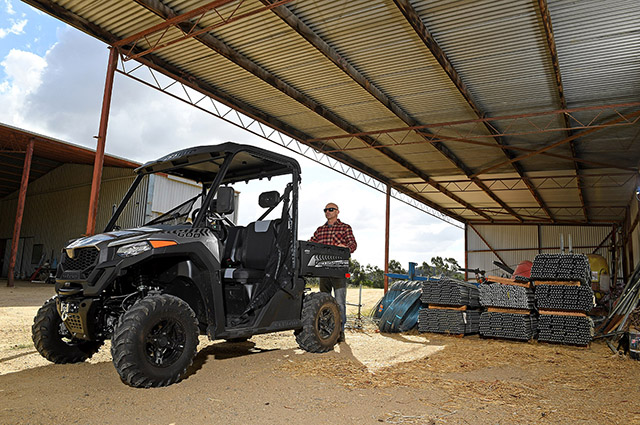 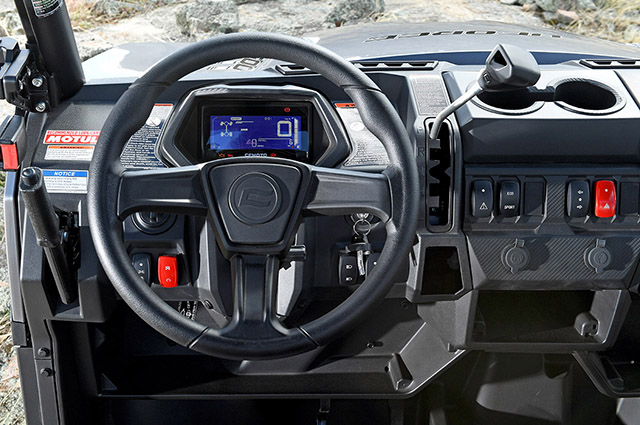 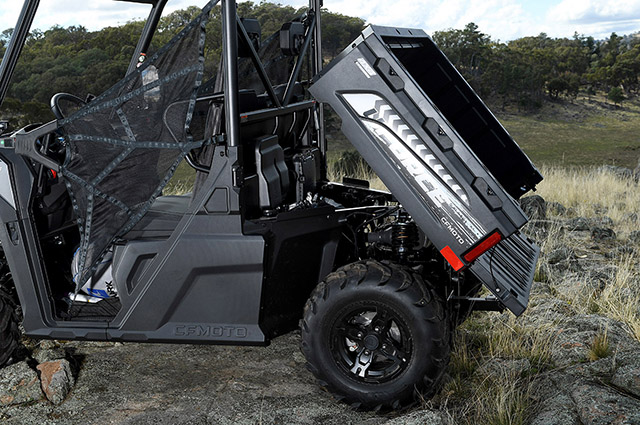 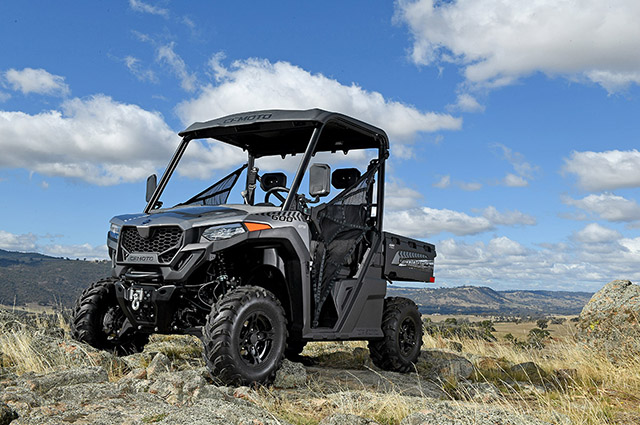 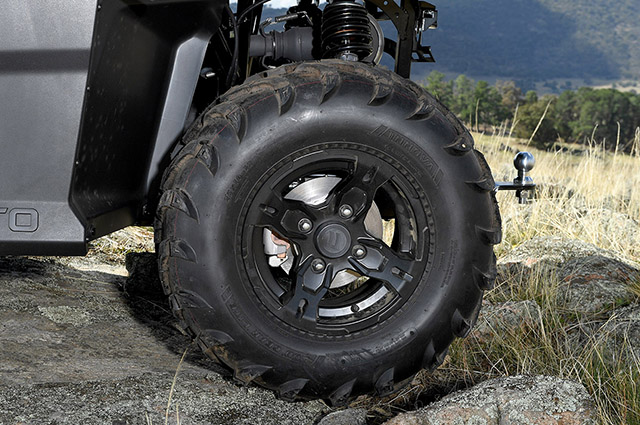 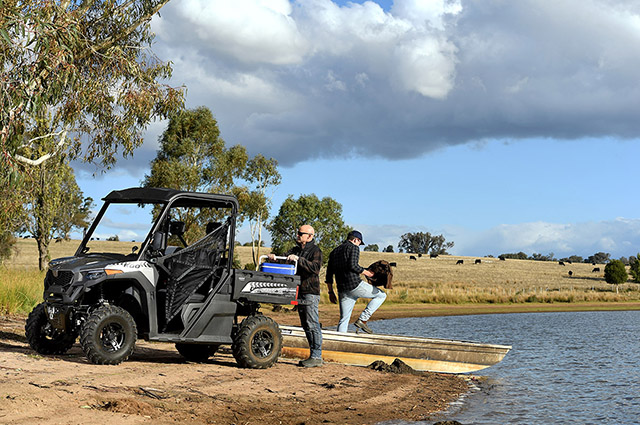 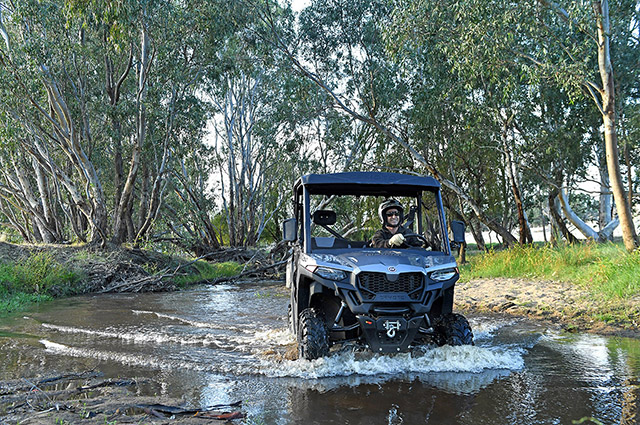 CFMOTO’S rise as a UTV powerhouse continues with the release of an all-new middleweight challenger – the UFORCE 600.

With the introduction of tech features like electronic engine braking and a limited slip rear-differential, the UFORCE 600 is a new reference point in CFMOTO’s line-up.

It’s now on sale from CFMOTO dealers for an introductory price of $12,990 ex-GST and with a two-year factory warranty.

That price is only a small premium over the outgoing UFORCE 550 EPS – but amazing value for the quantum leap in design, performance, ergonomics, electronics and driving dynamics for the newcomer.

It’s not only lighter (by 42kg), more powerful (by 3hp and 19Nm) and has greater towing and cargo box capacities than the 550, but the compact UFORCE 600 also has a new front-end design, enhanced storage space, increased ground clearance and metallic paint.

For primary producers, the benefits are obvious in terms of savings on time and effort, but the UFORCE 600’s versatility is such that it also adds a lifestyle element – including a new and larger bench seat, which has nearly 100 litres of under storage.

At the new UTV’s core is a strong and reliable 580cc liquid-cooled, fuel-injected SOHC engine which produces maximum power (31kW/41hp) and torque (62Nm) at much lower revs than the UFORCE 550  – so it hardly raises a sweat.

The all-new limited slip rear differential also puts the UFORCE 600 on the same level as its major opposition. No button to press, either: it’s an automatic process, and the system also allows for a tighter turning circle.

Meanwhile, the electronic engine braking takes the ‘nerve-jangling’ part out of a steep descent, and also means less wear and tear on the brakes.

“The UFORCE 600 is a massive addition to our Aussie UTV arsenal, and we’re tremendously excited about its potential with all the updates such as the electronic engine braking and limited-slip rear diff,” said CFMOTO New Zealand director, Michael Poynton.

“It’s the perfect machine for both work and play, and yet another reinforcement of CFMOTO’s commitment to New Zealand farmers and recreational users alike.

“With its spec and price, we’re confident the UFORCE 600 will quickly become one of our best sellers.”